This brief How To article

Text files are stored as a sequence of numbers and the characters corresponding these numbers are viewed as “text”.

The mapping of characters to numbers is an encoding, and there are a few different standard character sets.

When a text file using one encoding is ported to a program using another encoding, the mapping doesn’t match and the characters are not translated as intended.

History on the use of character sets in AIMMS¶

Consequences of choosing a different encoding¶

Options were introduced to handle different encodings for different IO:

NB: Possible values for these option are the elements in the predeclared set AllCharacterEncodings.

First check which options are at non-default: 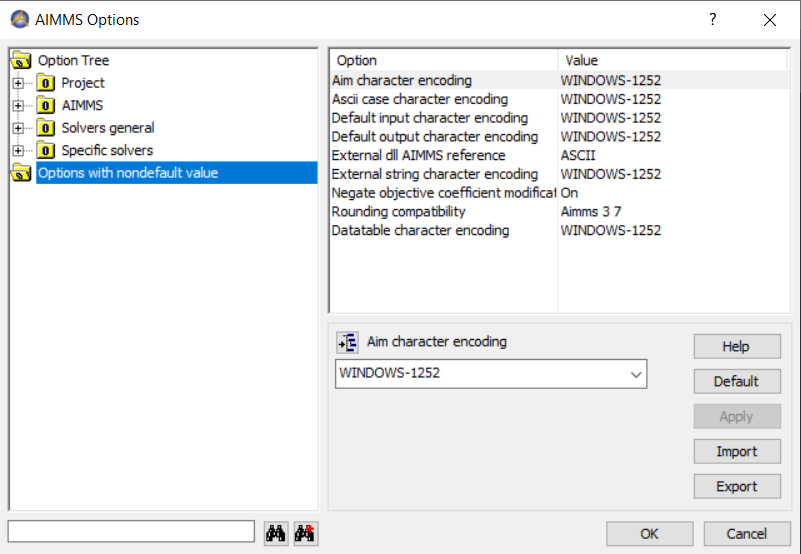 For each encoding option not at its default, please check whether the consequences mentioned above are applicable to your project. If not, you can safely set it to the default of UTF8; thus enabling all UNICODE characters.

Last updated: Oct 02, 2020
Give feedback on the AIMMS Community