Refreshing an Image widget without changing the file name

Old way to trigger a refresh

The below code is probably how you would trigger a refresh of the image widget when the image changed, which will not work in version from 4.77 onwards.

New way to trigger a refresh

There are two ways to address this problem:

The below code is one way you can achieve that:

where sp_displayImage is the string parameter used in the image widget and p_imageId is a parameter. Each time the image is updated, for example using an upload widget to replace ImageName.jpg on disk with a new image, the widget automatically gets updated. The above mentioned code is called in the upload procedure.

Please open this AIMMS project to view the example. 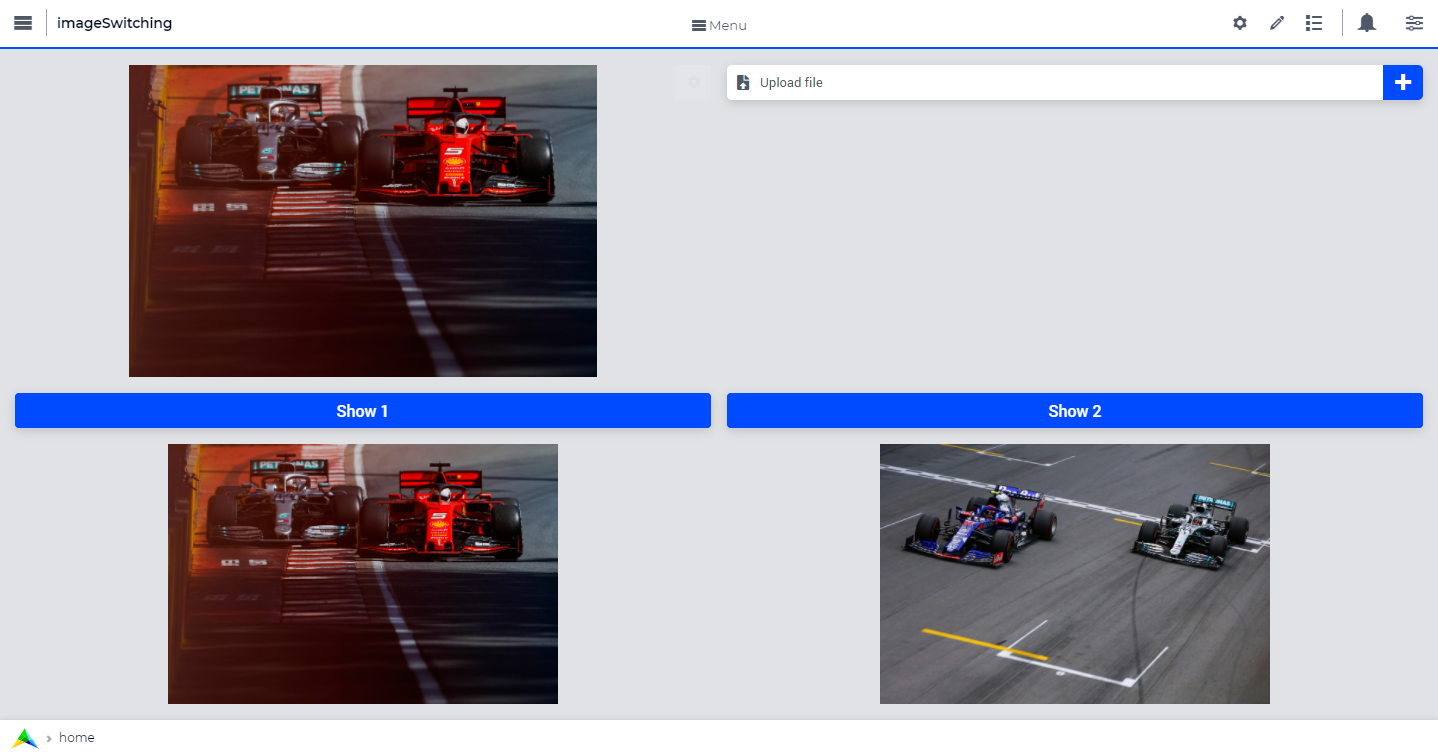 Applying the query parameter to switch between images

If you are switching between a set of maybe two or three images, you could use defined query parameters for each image. This prevents downloading the image each time the image is updated.

The code of the pr_showOK procedure would look like the following:

Documentation about the image widget