Select Constraints and Variables for a Math Program Declaration

In this article we will explore how you can control the constraints or variables used in a math program. Then we’ll show an example of how to use this method to analyze infeasibility of a mathematical program.

A sample declaration of a math program is shown below.

AllConstraints and AllVariables are Model related predeclared identifier Sets, containing all constraints and all variables defined in your model.

You may have multiple mathematical program identifiers in the same project, subject to different sets of constraints and variables. For example, it can be used in a sequential goal programming problem where the solution of the first problem is provided as input to the second problem.

For variables with a definition, AIMMS will actually generate both the variable and an additional equality constraint. For example, if you have the variable X that has Y + Z in its definition attribute:

So, any variable with a definition (like X) will appear in both the predeclared sets AllConstraints and AllVariables.

Likewise, you can create a subset of AllVariables and use it in the declaration of the math program.

The below below example shows two sets, ModelConstraints and ModelVariables, used in the math program Sample_Math_Program.

Using a definition makes it easy to scale the project ⁠— any new constraint or variable added inside Section_or_Declaration_to_Optimize is automatically added to the subset and used in generating the math program. You do not need to select variables with a definition in both the subsets.

Analyzing infeasibility of a mathematical program

Using the above method can be used to a quick analysis on the infeasibility of a mathematical program.

We’ll use an example project, which you can download from the link below: 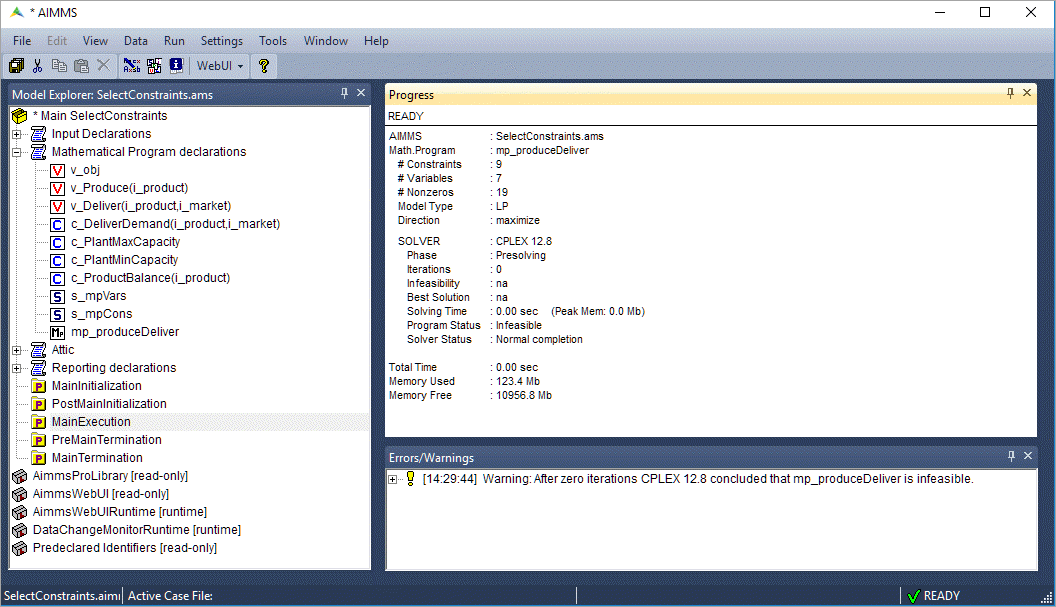 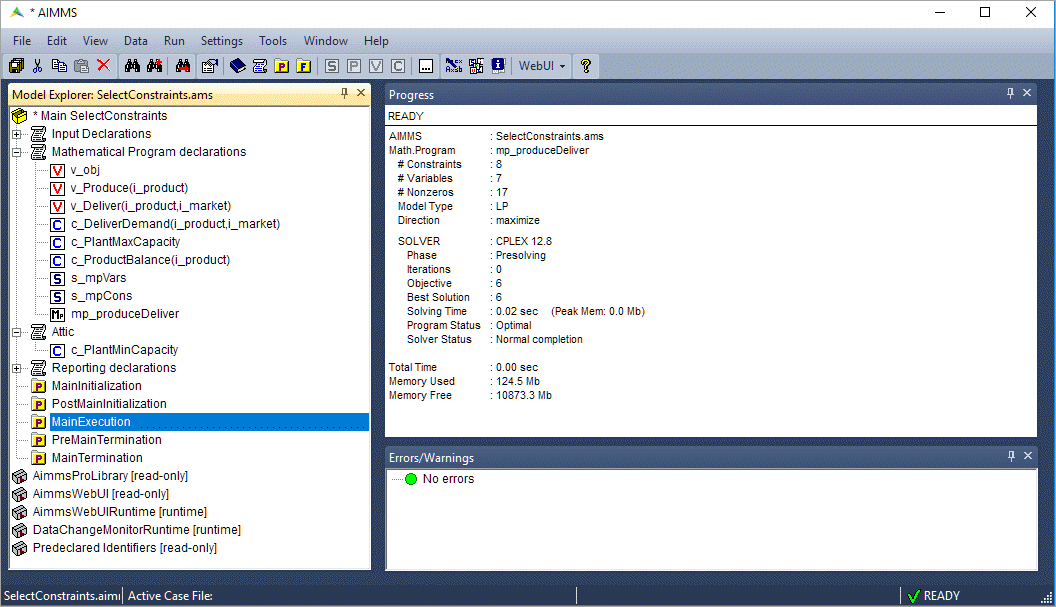 Under the hood, the set s_mpCons is recomputed removing the constraint c_PlantMinCapacity from the mathematical program.