This article explains how to use CSS to customize the states of a chart or map widget on hover and on select.

These effects are the same for all the charts types.

Each chart has 3 states: 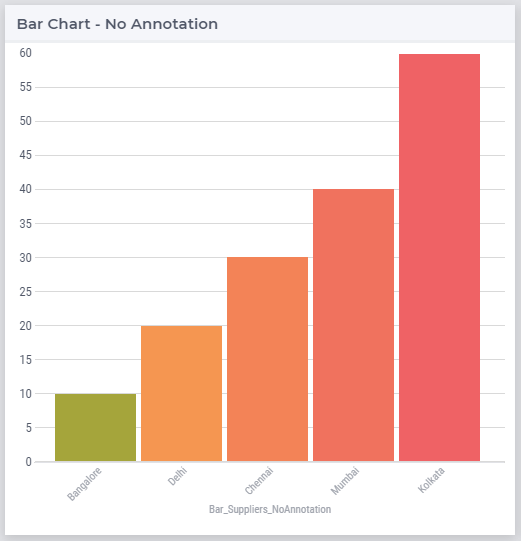 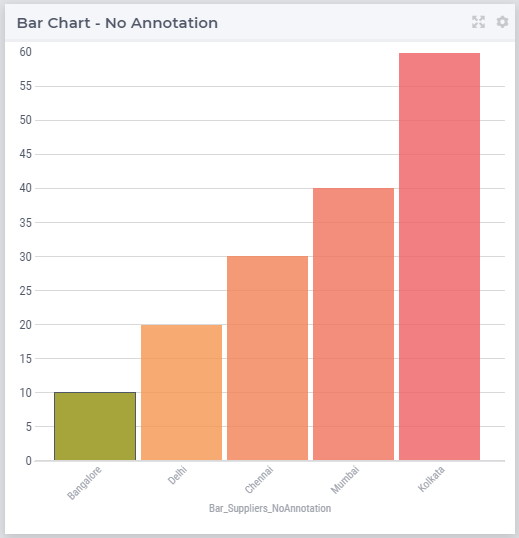 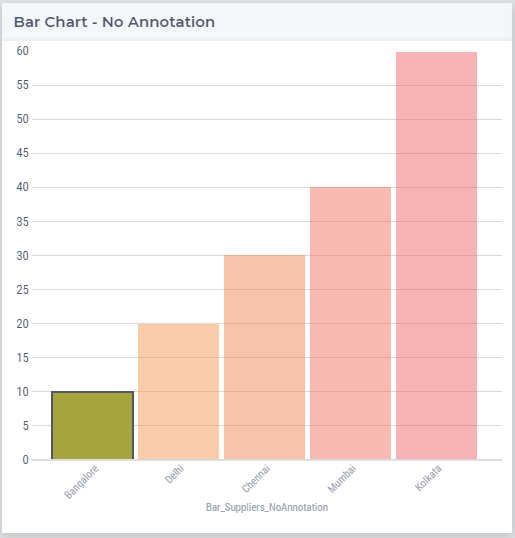 Nodes in the Map widget have a slightly different behavior

To customize the styles for these states, you’ll need to add a CSS file in the folder MainProject\WebUI\resources\css.

You can use the chart in WebUI Annotations - Widget and CSS support for a reference of elements and their corresponding CSS properties.

You can download the file below which contains the code snippets to change styles for the 3 states in charts.

In the images below, the first bar on the left has custom styles applied. 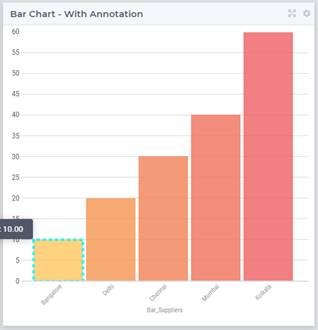 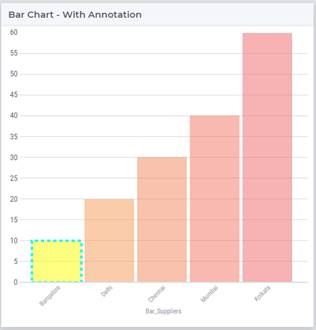