has a number of distribution functions included, in order for you to be able to generate random numbers very efficiently. This capability might be extremely useful when you want to quickly populate a multidimensional parameter.

Say I declare a parameter

indices from the same set 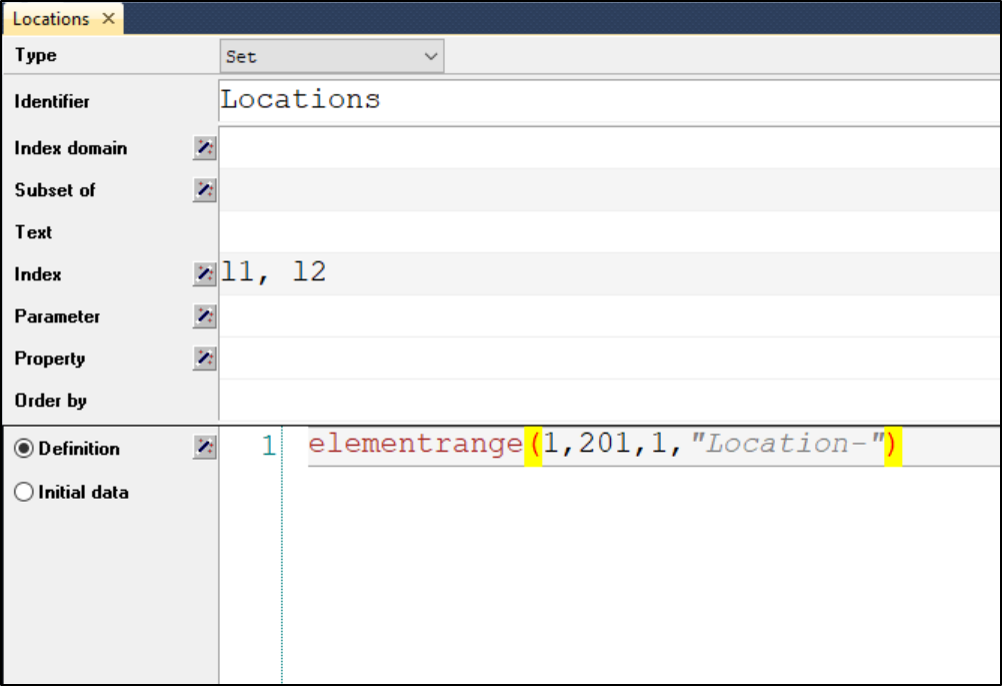 Then let’s create the new parameter that we want to populate with data, over those 2 indices. To do so, just index this parameter over l1 and l2, and put uniform(0,200) in his definition. Check the data of this parameter ( CTRL + D ), and see the result: 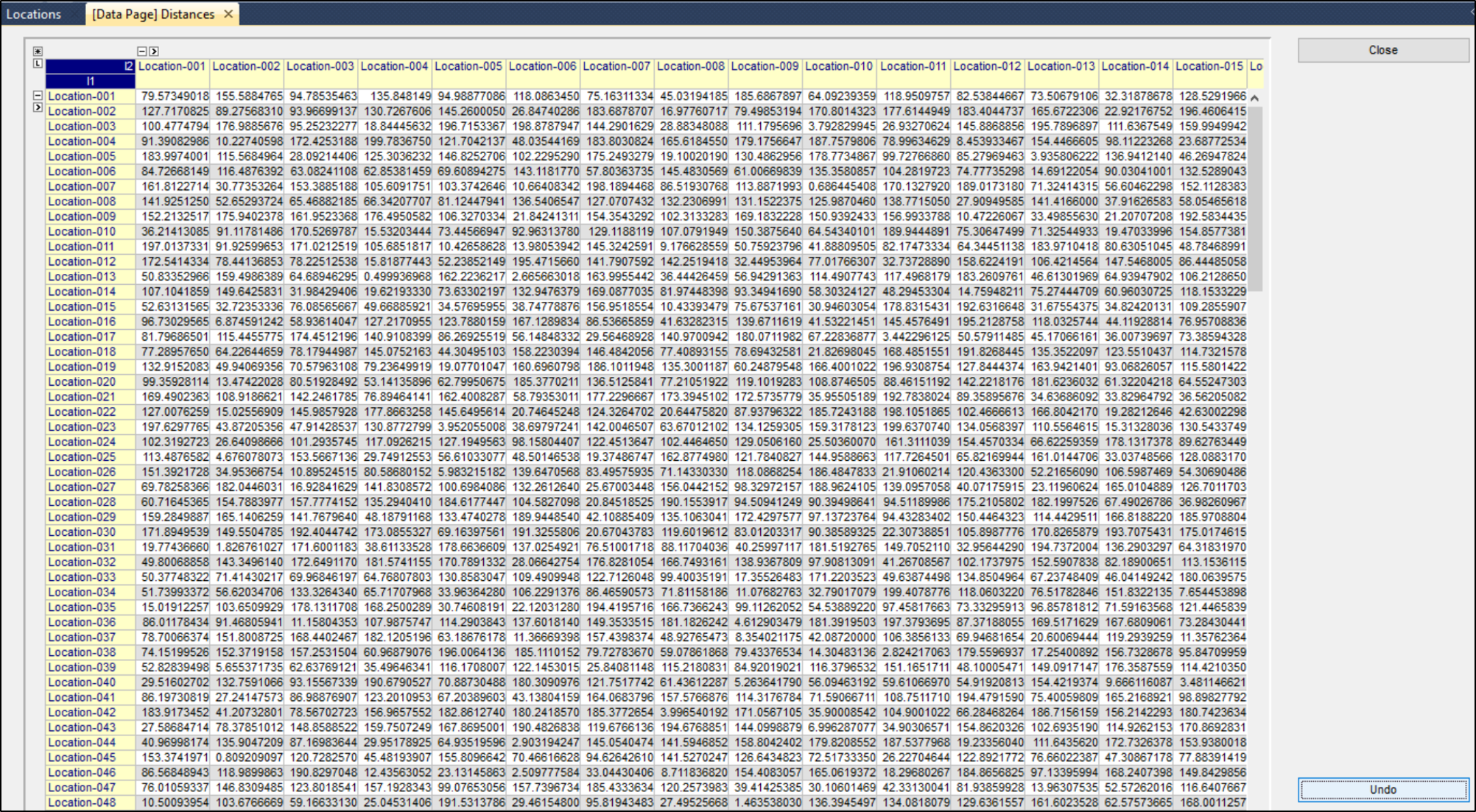 AIMMS proposes a lot of other different distributions, listed below: