Handling of Integer Sets and Operators 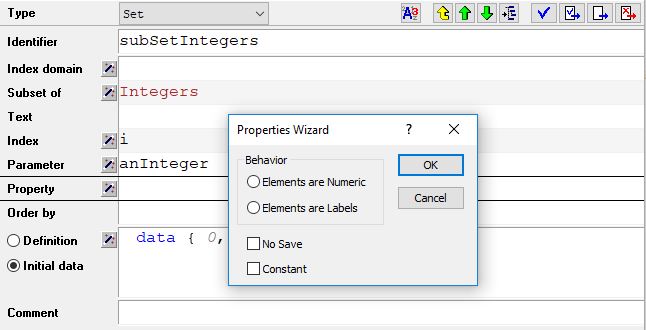 Improving the compiler and execution engine in AIMMS is one of our ongoing projects. This is being done in a way that minimizes problems in existing AIMMS models (backward compatibility). During this process, we have noticed many issues in the existing code base that are not inline with our Language Reference. Subsets of integers is one topic of interest.

Consider the below subset of Integers:

And these two statements:

Should the final value of P_anInteger be 4 or 8 ?

Which is the correct answer ?

In the past, AIMMS has tried to be smart in these situations and applied either the lead or the numerical plus depending on the context of the expression in which the + operator appeared. Now look at these two statements:

Will the dialog It is true! be shown or not? Again, the Language Reference states that the logical value of an element parameter is true if it is not empty. That is, if its current value is not the empty element. Here EP_anInteger has the value 0, so it should be true and the dialog is shown. But, I think that many of us would have expected that the dialog would not be shown in this situation.

Elements are Numeric or Labels

To solve this dilemma, we introduced a new property that you can specify for each subset of integers in your model: 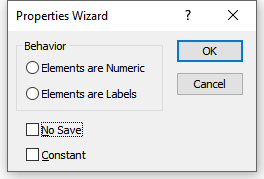 If Elements are Numeric is chosen, then in every situation where the aforementioned dilemma occurs, the element expression is automatically surrounded by the Val() operator. So the statements in the example will be interpreted as:

If Elements are Labels is specified, then the fact that an element can be treated as a numerical value will only apply when there is no ambiguity. In the first example this means that the + is interpreted as a lead, and in the second example the condition will be true:

If neither of the two properties are set, then you will get a warning whenever the new compiler encounters an ambiguity. We recommended that you then make the proper selection when declaring a subset of Integers.