In this short article, a sailing route around the globe is shown using the AIMMS WebUI Map widget The route taken is a given collection of waypoints, with latitudes and longitudes.

To view this route from any point across the equator, the map widget can be scrolled horizontally.

Please open this AIMMS project and scroll horizontally to see the effect.

The project opens with the following screenshot: 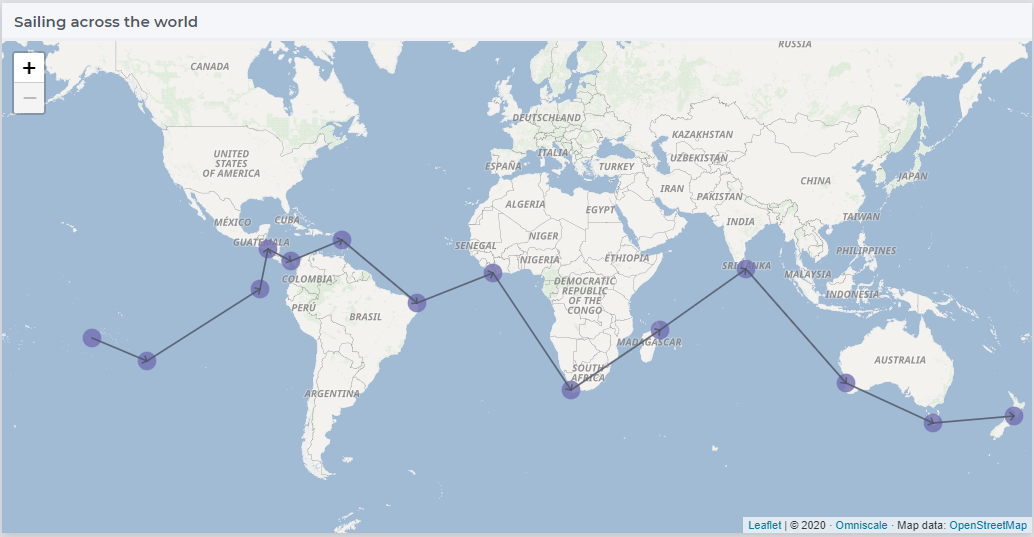 After scrolling roughly 180 degrees, focusing on the other side of the planet, the route looks as follows: 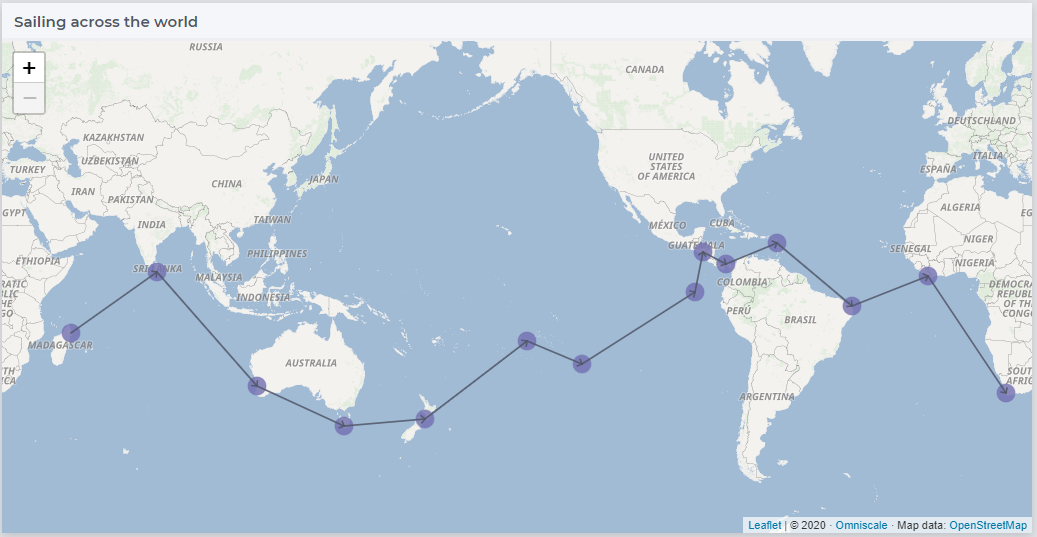 To pass the perspective of the map widget to the model, the center of latitude and longitude is obtained as follows: 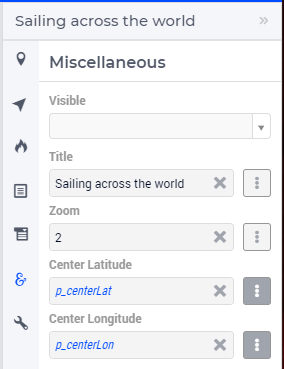 Based on the given longitudes in p_lon, the adapted longitudes can be defined as follows:

In the above, if the given longitude is more than 180 away from the center, we correct (modulo 360). The longitude of the nodes in the map widget is now specified as p_adaptedLon.

The arcs in the map widget are now specified as p_adaptedConnections.