AIMMS model identifiers, in particular the (decision) variables and constraints, but also parameters used in intermediate computations, are over declared over subsets, as the decision problem at hand typically only needs to/can be solved for a selection of the data. The design choice is here to declare identifiers with a minimal index domain such that they do not allow values outside what is expected.

The WebUI Table widget on the other hand expects the indices for the rows and for the columns to be the same for all identifiers displayed. AIMMS releases up to AIMMS 4.61 forced the model builder to reference only identifiers that are declared over sets that are the same or supersets of the ones used in the table widget. The design choice is here to declare identifiers with a maximal domain such that they can always be displayed in WebUI Table widgets. This is similar for other AIMMS data widgets such as the bar chart.

Super slicing, introduced in AIMMS 4.62, overcomes the friction between the design choices in the above two paragraphs. Let me explain via an example.

Assume, we’re working in the model, we’d prefer to declare the relevant parameters as follows: 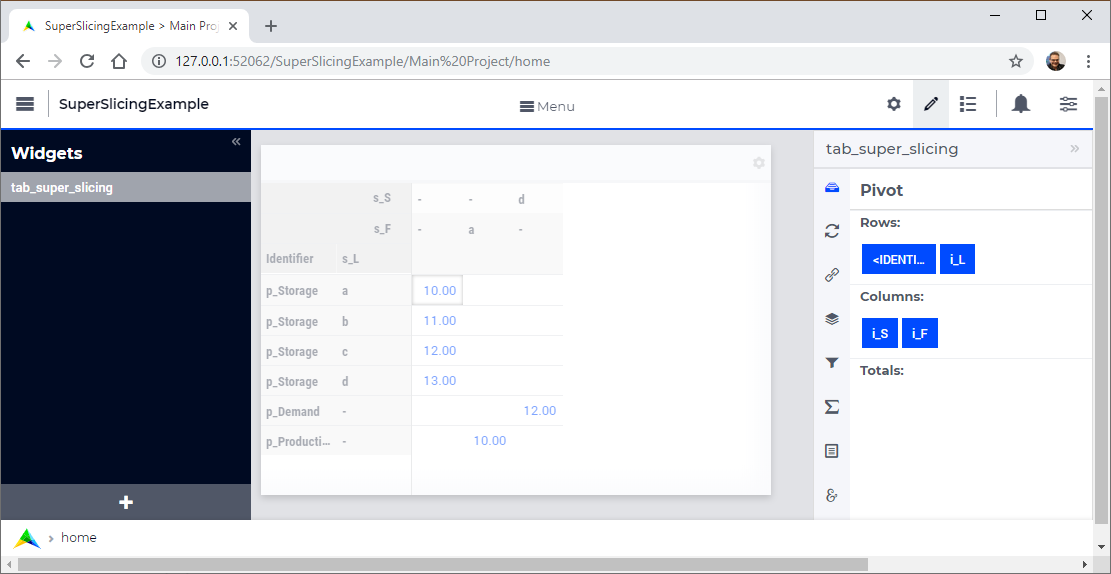 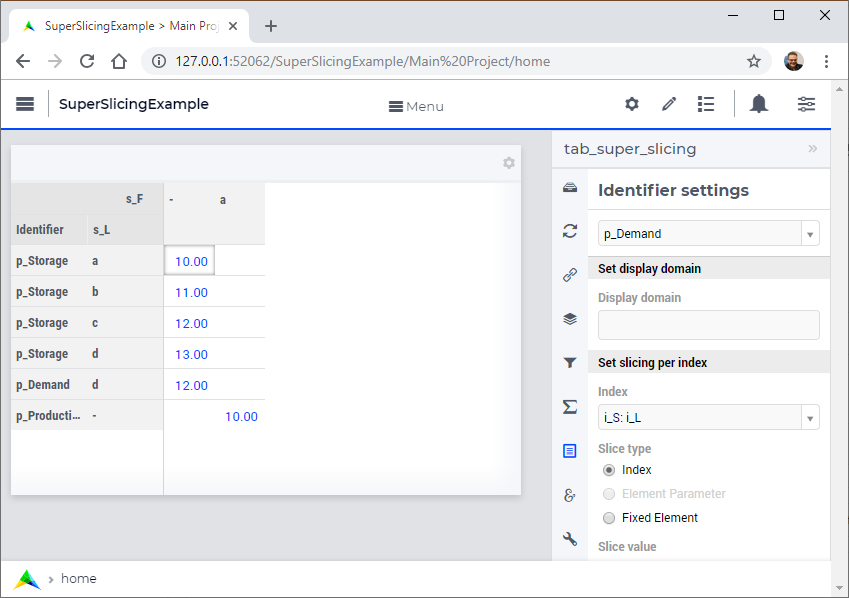 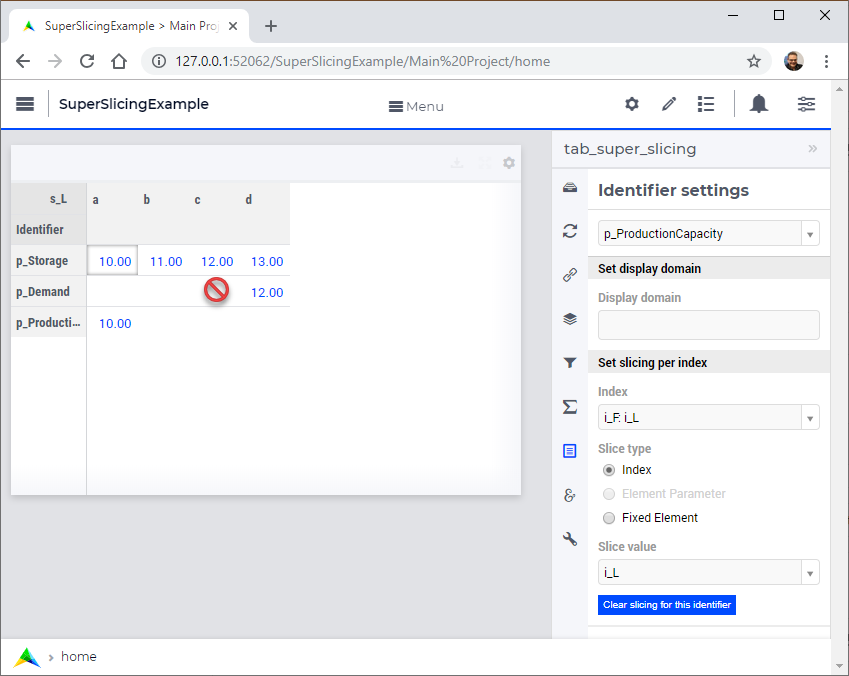 Note in the above, the cursor shows “forbidden” when hovering over the empty cells. This is expected, as these cells correspond to elements outside the domain of the corresponding identifiers.

Give feedback on the AIMMS Community